World Bee Day 2022 is on Friday, 20 May 2022. Bee Day celebrations raise awareness about the threats to pollinators like bees by human activities.
In December 2017, the United Nations ( UN) approved this day and the First World Bee Day was celebrated on Sunday, 20 May 2018. In the current year 2022, the fifth observance of this special day is taking place.

Why this date of World Bee Day?

On this date, 20 May, the pioneer of beekeeping Anton Janša was born in 1734 in Slovenia.

The purpose of the bee day is to acknowledge the role of bees and other pollinators for the ecosystem.
The UN Member States approved the proposal of  Slovenia to proclaim 20 May as World Bee Day in December 2017.

World Bee Day theme 2022 is “Bee engaged: Build Back Better for Bees”
By this theme, United Nations focused upon the threats of protection posed by the COVID-19 to bees and other pollinators.UN also urged upon bee-keeping awareness and the importance of bee-derived products. This Theme of Bee Day 2022 provides a direction to all the celebrations of  World Bee Day 2022.

The food and agriculture organization of the United Nations FAO will organize a virtual event on 20 May 2022 due to the COVID-19 pandemic.

World Bee Day 2019 theme was “Save the Bees”.
By this theme of World Bee Day, the United Nations had stressed on the protection of bees, other pollinators and their habitats. 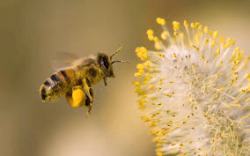 Honey bees are classed as ‘social’ bees, as they live in big colonies usually of around 50,000 – 60,000 workers. There are 10 types of honey bees across the world.
Colony Collapse Disorder or the ‘missing bees’ phenomenon is the major problem of Honey bees. Honey bees are also a source of crop pollination and to put food on our plates in the form of honey. 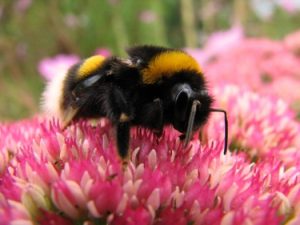 Most bumblebees keep small colonies, from 50 to 400 workers.
Bumblebees are excellent pollinators of flowers. Their furry body shape reduces their efficiency of pollination a little bit, but they also have the ability of ‘buzz pollinate’. 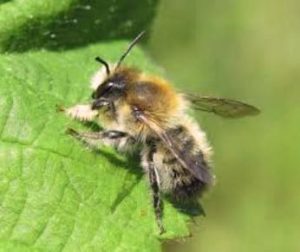 These types of bees are buzz bees. These are also solitary bees. Usually, a single female mason bee constructs a nest alone and provides for the egg cells that become larvae. 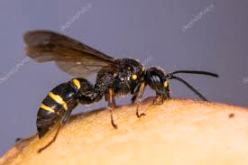 The solitary and good pollination are the qualities of digger bees. These bees usually make their nests in the soil. Their body is hairy and can be up to 3 cm long. 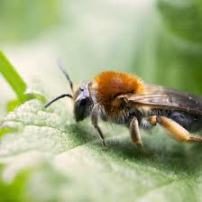 Andrena is the name of Mining Bee.
These bees have a huge family, consisting of thousands of types of bees. These bees are solitary, and female bees usually build nests quite close to each other.

Why Are Bees Important?

Role of Bees in Agricultural and Economic Development

Bees not only contribute to the pollination of wildflowers, but also to the pollination of agricultural crops. According to an estimate, bees and other pollinators pollinate almost 90% of flowering plants and “70% of the world’s main crops. Without bees, these numbers would fall to decline. 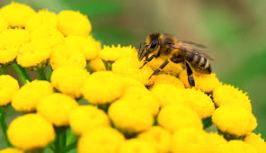 The economic contributions of bees are also invaluable. According to the United States Department of Agriculture, the pollination of the alone honey bee is valued above $14 billion a year. The government of Canada shares a formula in which you can calculate the monetary benefit of bee pollination in relation to a specific crop.
The contribution of honey bee pollination to agricultural production can be estimated by this formula,
V x D x P
Where
V= Value of crop
D= Dependency of the crop on insect pollinators
P= Proportion of effective pollinators of the crop that are honey bees
The estimates used for D and P are 2000.
Although Bees provide invaluable services as well as monetary advantages through pollination, yet they also contribute to the economy through honey. 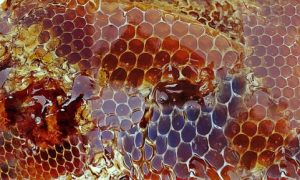 Honey is the most beneficial and economically important hive product. According to the U.S. Department, National Agriculture Statistics Service (NASS), honey bees produced around $384 million of honey in 2014, and a little less than $339 million of honey in 2016.
Beeswax is the second important hive product. Beeswax is popular for making candles, wood and leather polishes, and an ingredient in artist’s materials. The pharmaceutical industry uses the substance as a time-release mechanism, drug carrier, and binding agent.

Beeswax is also used in cosmetics. The U.S. is a major producer of raw beeswax and supplier of refined beeswax.
Finally, the work of honey bees for honey, wax and pollination is of utmost importance for food, medicine, and economic benefits in agriculture. Today, more than 90 crops rely on honey bees for pollination. The crops pollinated by honey bees provide one-third of the food to Americans.

There are many different reasons due to which bees are endangered, including habitat loss, pesticides, and other anthropogenic causes. Declining numbers of different species of bees have been noticed around the world, which means that there is a real risk of additional species. In seven years span, the United States saw approximately 1.6 million bees die off each year.
Unfortunately, Honey bees are being affected by a widespread bacterial disease called American foul brood. But fortunately, FDA has approved three antibiotics oxytetracycline, tylosin tartrate, and lincomycin hydrochloride— to control this devastating honey bee disease. These antibiotics are approved to control American foul brood because they are also used to treat diseases in people.

Impacts of Climate Change upon Bees

Climate change is the root cause of many environmental issues. For example, the Gourd Bee has a decline in numbers in recent years. The gourd bee lives upon vegetables such as squash or pumpkins. However, climate change has reduced the production of these vegetables, which has an impact on the growth of gourd bees. U.S. Fish and Wildlife Service have stated that climate change can affect Rusty Patched Bumble Bee in several different ways, including, “increased temperature and precipitation extremes, increased drought, early snow-melt, and late frost events.”

Climate changes affect bees both directly and indirectly, the scientists has alarmed that the earlier winter thaws, the earlier snow and frost thaws, and the earlier flowers blooming if bees will be able to keep up with these changing environments. Bees in Australia are dying at high alarming rates, high-density populations and flowerless small gardens are also the bees affecting factors in Australia.
According to Time Magazine,
“For the study, researchers looked at 110 years of data on 67 bumblebee species to track their movements over time. Activity between 1901 and 1974 was compared to movement in recent decades when climate change accelerated. In the northern end of their range, bees have failed to migrate closer to the North Pole. In the southern end, many populations have died. Altogether, bees have lost a range of up to nearly 200 miles in both North America and Europe. The study, which evaluated land-use changes and pesticide application in addition to weather conditions, attributed the drop to climate change.”
At the moment, a lot of factors including climate change are creating danger for bee species, and scientists are under pressure to find out ways to mitigate these deleterious effects on bee populations. If emergency steps are not taken now, then additional species of bees may be on the endangered list.