Home Event and Festivals Happy Pongal 2022: Beautiful Pongal Kolam and Rangoli designs ideas
Facebook
Twitter
Pinterest
WhatsApp
Devoted to the Sun god, Pongal is a four-day harvest festival that starts from January 14. Primarily celebrated in the southern state of Tamil Nadu, the festival marks the beginning of the Sun’s six-month-long journey northwards (the Uttarayanam). The festival which dates back to at least 2,000 years begins with Bhogi Pongal, followed by Surya Pongal, Maatu Pongal, and Kaanum Pongal.

During the four-day-long celebration, people convey their appreciation to the Sun god for a good harvest and pray for their crops to grow in the new year. The word ‘Pongal’ means ‘spilling over’, which is derived from the tradition of boiling rice, milk, and jaggery in a pot till it starts overflowing. To celebrate the festival, people decorate their cattle, paint their houses, and carry out pious processions. Jallikattu, a traditional bull-taming event, is also held during Pongal.

The importance of the festival

The festival of Pongal is all about letting go of the past and welcoming new things in life. On the first day of the festival, people decorate their houses and offices to welcome the deity. The second day is the main day of Pongal, celebrated by offering special puja to the Lord Sun to seek his blessing. The traditional rice dish is also prepared on this day.

On the third day of Pongal, farmers decorate their cattle and worship them and lastly on the fourth-day people gather for a celebration with a traditional meal. They wear new clothes and prepare delicacies like medu vada, avial, rasam, beetroot pachadi, sakkarai pongal and moong dal payasam are also prepared during the four days of Pongal. 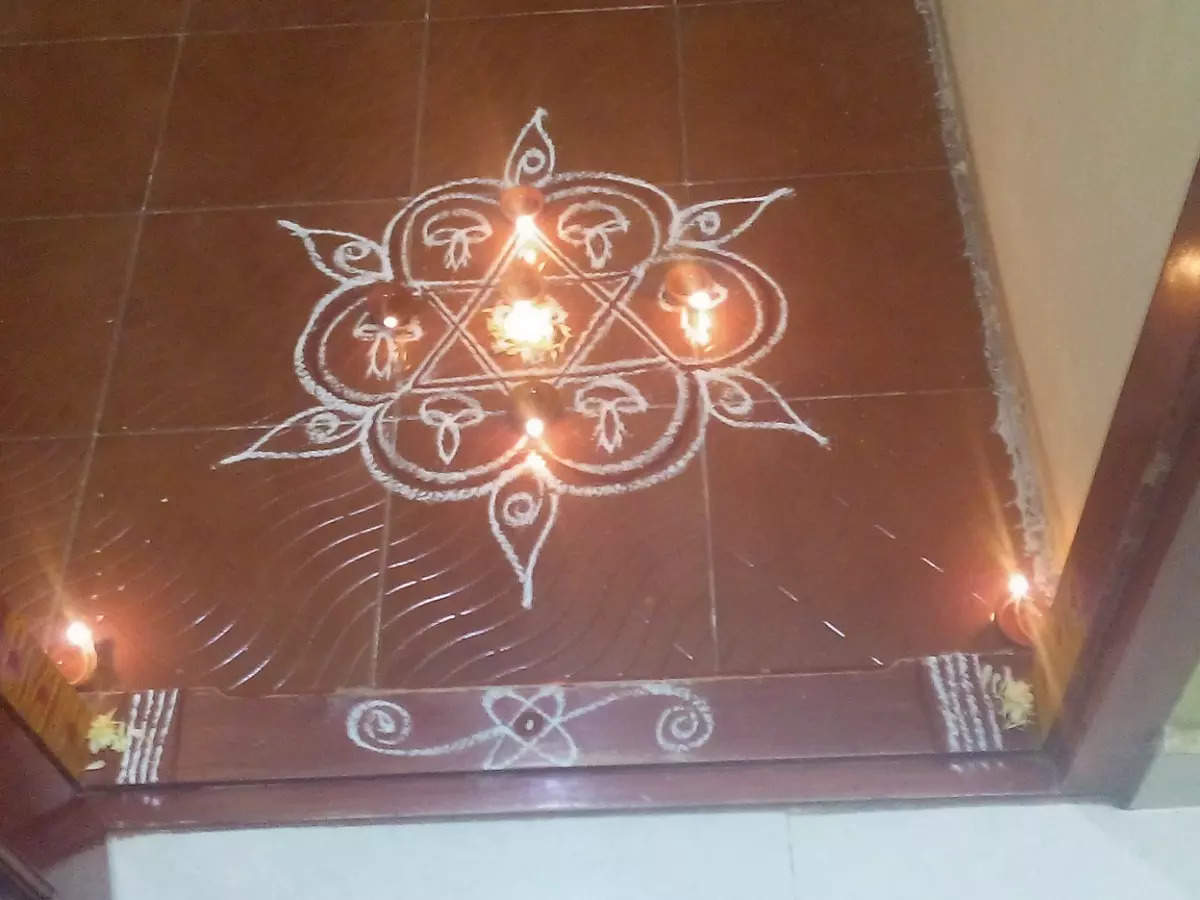 Why is Kolam or rangoli made?
There is also a tradition of making Kolam or Rangoli on this day to welcome the Sun deity to the home. People usually clean their house and make beautiful art with dry rice flour (kolapodi), on their front door and worship place for longevity. Dilute rice paste, paints and even colours are used for the same. Drawing kolams signifies that Goddess Lakshmi is welcomed. While most traditional kolams are indicated to draw and require practice, there are several simple Kolam at you can easily draw at home. Just get some dry rice flour, dilute rice or paint and get started. Here are 4 common Kolam designs that you can easily make. 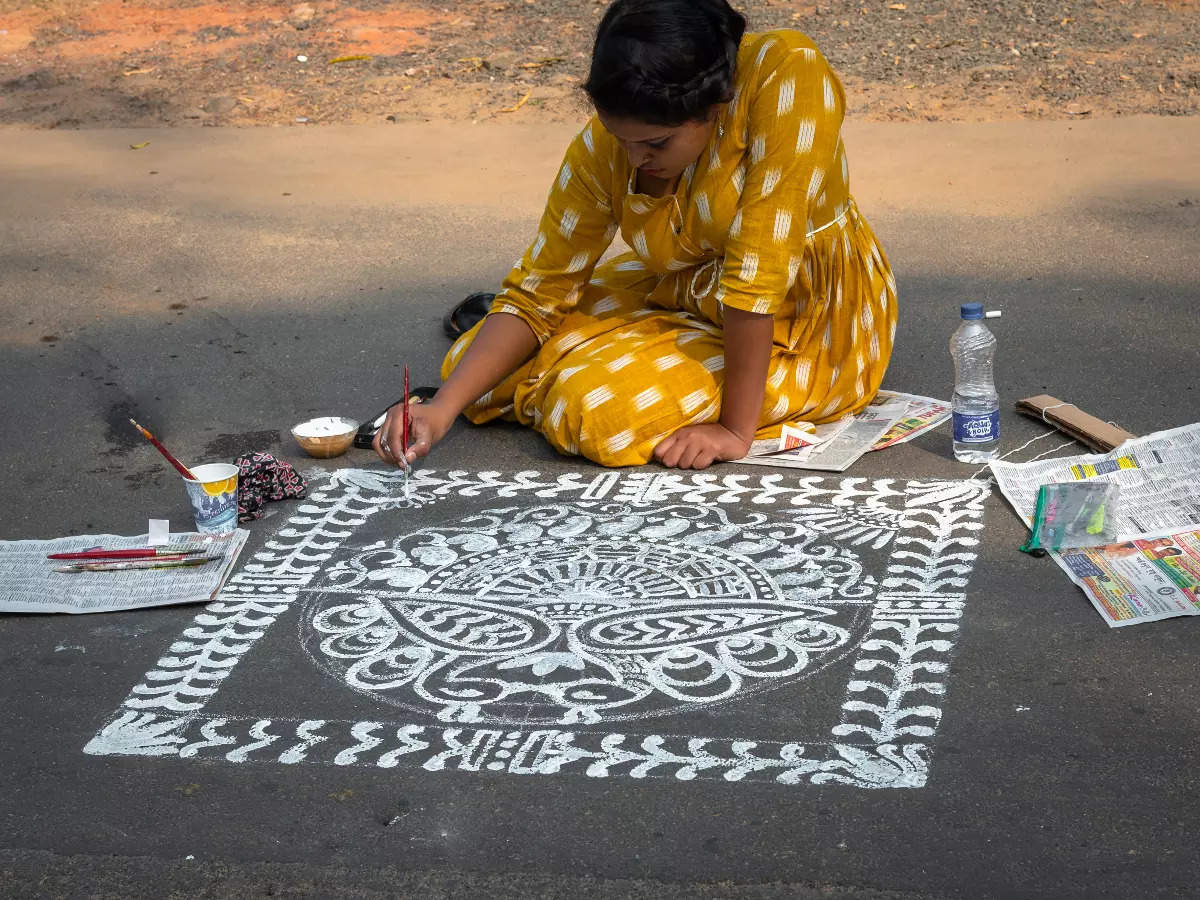 Square Kolam
First, make a big square with dry rice, then make another smaller square inside it. At the center make a flower and on the outer sides of the square, you can make small circles and keep flowers on them.

Circular Kolam
Make a big circle, then draw 3-4 smaller circles inside the bigger one. Now ion between the two circles makes some designs like small circles slant lines. At the outer circle, you can make some leaves to finish your kolam. 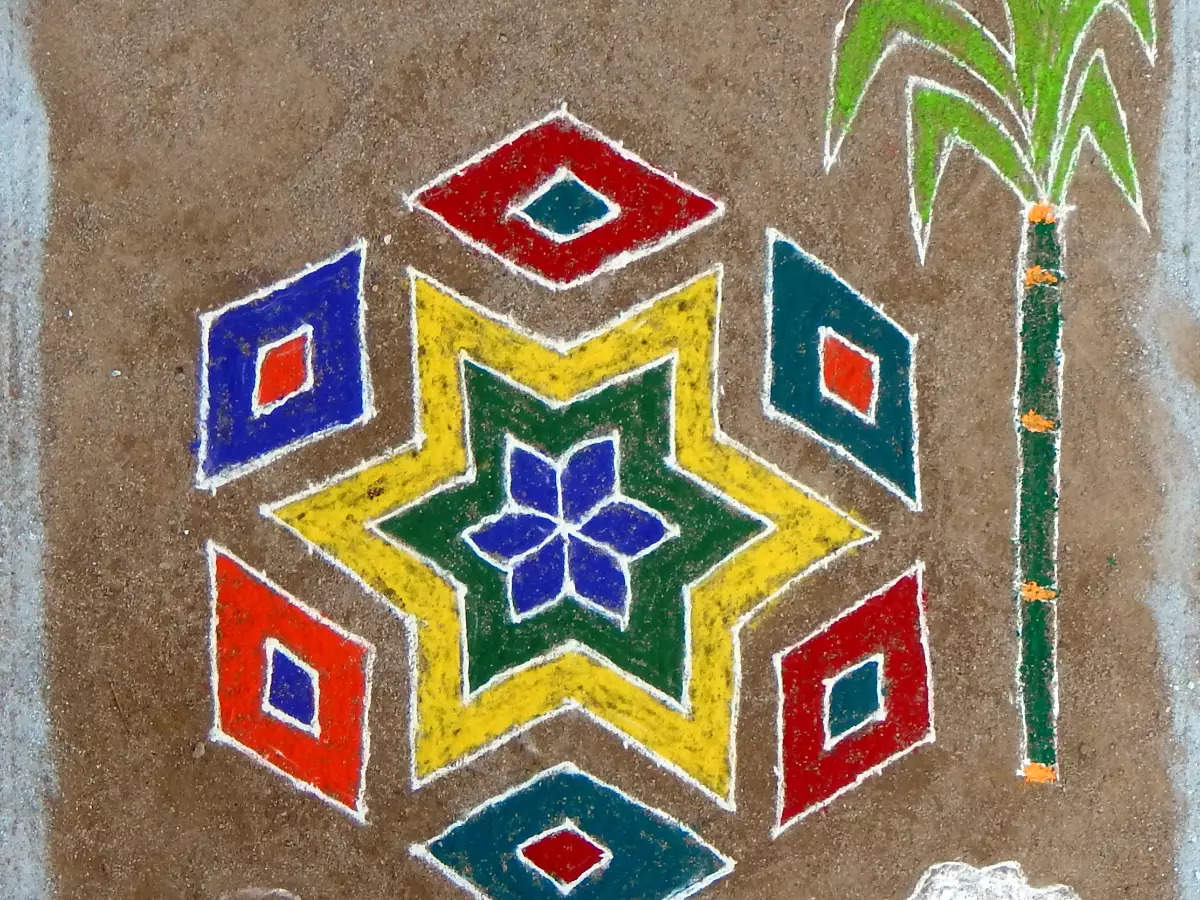 Flower Kolam
Make a small circle at the center and draw simple oval leaves around it to draw a flower. Decorate the flowers with some real flowers and diyas to make your kolam look beautiful.

Make a triangle and on top of that draw another triangle upside down to male a star. Now make an arc to join two tips of the star. Draw similar arcs around the star to make a beautiful pattern. Place a diya in the middle.